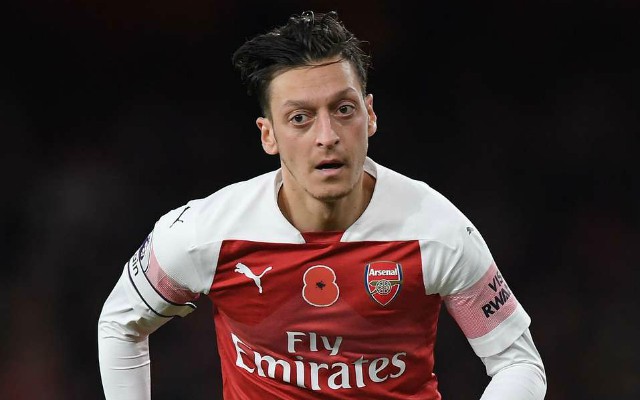 Arsenal manager Unai Emery has had his say on Mesut Ozil’s performance against Burnley in today’s 3-1 Premier League win at the Emirates Stadium.

Despite missing a fair few games of late, Ozil started for Arsenal this afternoon and was even given the captain’s armband by Emery.

The German playmaker paid back that faith in him with a fine performance, which included an assist and a fine through-ball to start the move that led to the opening goal by Pierre-Emerick Aubameyang.

It is not exactly clear why Emery has felt the need to leave such an important player out of his side recently, though in fairness to him he’s not got a lot wrong in his time as Gunners boss.

The Spanish tactician was unsurprisingly asked about Ozil’s performance and impact this afternoon, and seemed happy enough with his contribution without making a big thing about his recent absence and subsequent return as captain.

Emery on Ozil: “Very good response. His skills and comittment with us today is very good. He helped us.”

Arsenal fans will hope for more from Ozil as he clearly gives this team something few other players can with his vision and creativity.