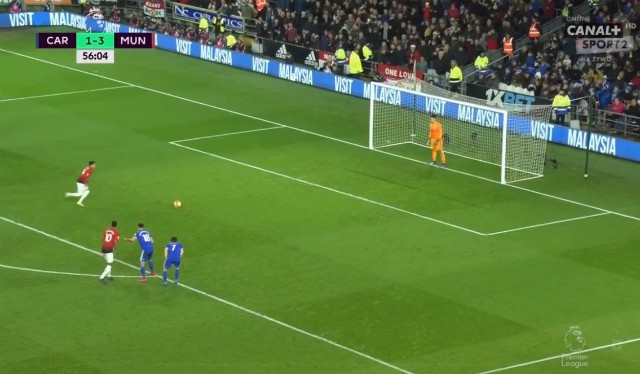 Manchester United have gone 4-1 up against Cardiff City thanks to a penalty from Jesse Lingard which he won himself.

The England international did brilliantly to run into the box surrounded by defenders and draw the foul that led to the spot kick being awarded.

Lingard then made no mistake with a confident finish to increase United’s lead in what has been a dream debut for new interim manager Ole Gunnar Solskjaer.