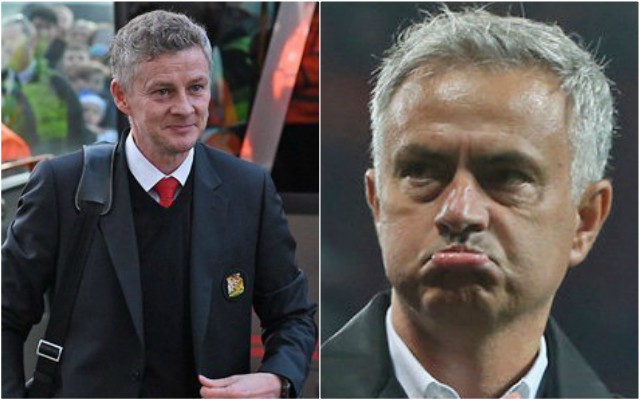 The Red Devils looked back to their old selves today with an emphatic attacking performance to come away with a 5-1 win in the Welsh capital.

This was Solskjaer’s first game as United boss since being named interim manager this week following Mourinho’s sacking from the Old Trafford hot seat.

While the Norwegian tactician admittedly started with a pretty easy fixture against Neil Warnock’s struggling side, the manner of the performance was hugely encouraging as the new man seemed to really lift this squad to another level.

Speaking to BT Sport after the game, as quoted by Chris Winterburn below, Solskjaer made it clear he’s the polar opposite from Mourinho with his analysis of this squad.

While the Portuguese was so often critical of the characters in his team and complained about transfers, Solskjaer said managing this group is easy because they’re such talented players.

He also said they have the United badge on their shirts for a reason and played down the emphasis of work rate that was so important to Mourinho.

‘Football is easy if you have good players. They have such quality, it’s unbelievable,’ the 45-year-old said.

‘It’s been a tough week for them to be fair, I just told them to be Man United.

‘I think that’s the easiest thing to work on, work rate is free.

‘It’s a great dressing room, they have the Man United badge on their shirt for a reason, because they’re quality players.’