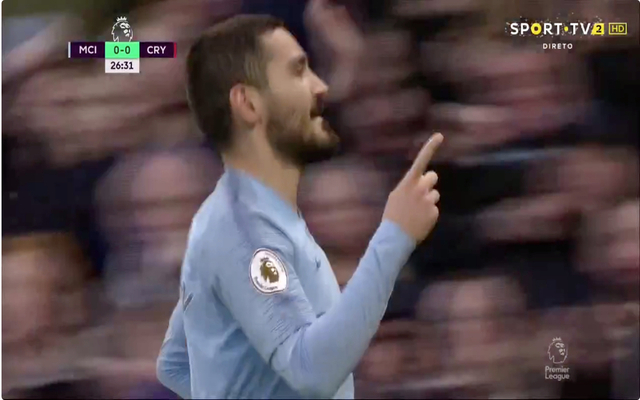 Manchester City midfielder Ilkay Gundogan headed the Citizens into the lead after an inch-perfect cross from Fabian Delph in the 26th minute.

After a pass from Leroy Sane, Fabian Delph looked up and picked out Gundogan’s run with a wonderful floated cross with his weaker right foot. The Germany international headed the ball into the back of the net.

Palace’s Jeffrey Schlupp was at fault for the goal when he failed to track Gundogan’s run but the explosive Ghanaian soon made amends for his mistake to complete a sensational turnaround for Palace before the end of the first-half.

Liverpool fans will be hoping that Palace – who had a hand to play in ruining their title chances a few seasons ago – can give them a boost by defeating the reigning champions this afternoon.