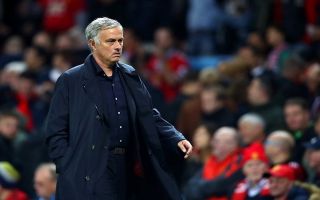 Jose Mourinho had no idea that he was about be sacked as Manchester United manager, the Portuguese headed into a meeting he thought was about transfers.

According to the Sunday Times (subscription required), Jose Mourinho thought he was headed into a meeting to discuss United’s transfer strategy when executive vice-chairman Ed Woodward sacked him as manager.

Tuesday morning’s meeting was already scheduled between the pair but Mourinho was completely unaware that the focus of the meeting had been changed by Woodward and that he was about to be given his marching orders.

The United hierarchy’s decision to sack Mourinho is understood to have cost them £24m.

Mourinho’s time as United boss was marred with controversy. The Portuguese often blasted his players in the public eye.

Mourinho’s and Pogba’s strenuous relationship has dominated the headlines in the last 18 months, Mourinho also clashed with stars such as Anthony Martial and Alexis Sanchez during his time as United boss.

The Red Devils’ 3-1 defeat to Liverpool last Sunday forced the hand of the United hierarchy to give Mourinho the axe.

United legend Ole Gunnar Solskjaer has been appointed the caretaker manager until the end of the season, the Norwegian’s first game in charge won back the fans.

United defeated Cardiff 5-1 in emphatic style, fans will look forward to the attacking style of play that Solskjaer will bring to the side.