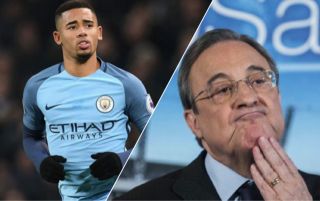 Manchester City are reportedly ready to break the bank in order to beat Real Madrid to the signing of PSG and France superstar Kylian Mbappe.

Mbappe is one of the hottest prospects in world football at the moment, with the player’s performances at the World Cup this past summer proving to everyone that he truly is the real deal.

And it seems like the Frenchman’s displays have the caught the eye of a number of Europe’s biggest clubs if this report from Diario Gol is anything to go by.

The report from the Spanish news outlet notes that both Man City and Real Madrid are interested in securing the 20-year-old’s signature, and that City are seemingly ready to go all out to seal a deal for Mbappe.

The report states that City are willing to pair Gabriel Jesus with a £134M (€150M) fee in order to sign Mbappe, a bid that could very well blow Real out of the water.

Jesus hasn’t managed to cement his place in City’s starting XI since his move from Palmeiras in 2017, something that could very well tempt him to leave the club in the near future.

Mbappe is one of the best forwards on the planet, and it’s no surprise to see two of the world’s biggest clubs vying for his signature.

The French international would be a stellar signing for either City or Real to make, it just remains to be seen whether either are to be successful in the race to sign the attacker.