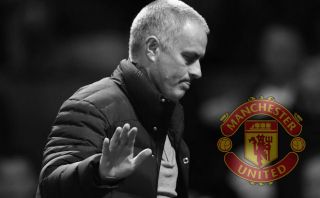 Indeed, United’s win at Cardiff was the first time they’ve scored five in the league since Ferguson’s final match before retirement. Mourinho never got them to score that many in 144 games in charge in all competitions.

‘How can this be?’ a small and shrinking minority shout into the darkness. ‘How can the same players who’d forgotten how to attack for the last six months suddenly learn to play such free-flowing and stylish football in the space of just a few days? Why could they not produce this for the Special One, one of the greatest managers of his generation?’

Haven’t these people heard? Everyone’s had enough of experts. The forces that brought us Brexit and Trump linger in the footballing world too. Forget the fact that freedom of movement has been a resounding success for Britain, enriching our culture and our economy and providing opportunities for us to work, live and love in 28 different countries, to enough people it doesn’t ‘feel’ right.

Forget the fact that Mourinho spent less money, won three more trophies and won more games than Jurgen Klopp has at Liverpool, his appointment felt wrong from day one.

(Disclaimer: In this writer’s view, one of these is a tragedy that will set our country back decades, fuel xenophobia and generally make a lot of people’s lives worse, and one is just football. But football is another part of society driven by the same people with the same sets of feelings, so it’s not worthless to compare the two.)

‘I just told them to be Man United. It’s a great dressing room, they have the Man United badge on their shirt for a reason, because they’re quality players,’ Solskjaer said after his first game in charge, pushing all the right buttons. In this emotionally-driven age we live in, could it really be that simply *getting* a club does a large chunk of your job for you?

If you look at the managers who’ve followed Ferguson, it’s fair to say none of them really ‘got’ United until now. In Solskjaer there is suddenly a far stronger connection to that golden era that felt lost; a player who spent over a decade at Old Trafford as a player, feeling all the highs and the lows (more the former than the latter) and seeing a number of the best and worst players make their way in and out of the club. That might not match up to Mourinho’s CV, as he so often likes to remind us, but if it resonates with the players and the fans, who cares? Some United fans like to mock Klopp for winning zero trophies but getting an easy ride because he hugs his players, but then why have Liverpool fans been so much happier than their Mancunian counterparts for the last three years?

Schmeichel: “What's really important is to get the Manchester United culture back and the identity back. I would like to see someone who has played there, and can bring some of that Sir Alex mentality back in the whole of the football club.” #mufc [BBC]

While both United and Mourinho are both faded forces to an extent, Solskjaer’s fast start yesterday feels almost like the final nail into the Portuguese’s top-level career. While he continues to live in a past where he could play the tough guy and get a response out of the John Terrys and Didier Drogbas who used to make up football dressing rooms, the game continues to move on without him. While he continues to brag about winning the League Cup and Europa League in his first season, fans not only of Liverpool but of Tottenham and others around Europe know they’re onto something bigger.

MORE: Video: Wayne Rooney reveals his role in helping Ole Gunnar Solskjaer get off to a dream start with Man United

Solskjaer’s hugely impressive first impression shows there’s a way back for United; the brand is strong, the fan-base passionate. It may take time, though in all likelihood it will never be like it was under Ferguson, but it will become joyful again. ‘I just told them to be Man United,’ Solskjaer said, and so they were, and so they always can be, so long as they’re reminded how.

For Mourinho, however, you sense his personal golden era is now a thing of the past. A big club will no doubt gamble on him again soon, such is his reputation, but as the footballing hard men make way for the Klopps and Pochettinos of this world, it will never be quite the same again.