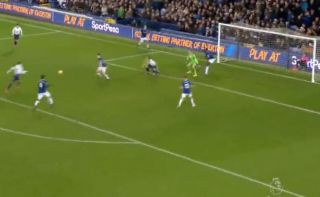 Dele Alli scored a fine half-volley to hand Spurs the lead against Everton at Goodison Park, just minutes before the north London side equalised through Heung-Min Son.

Everton were 1-0 up earlier on in the first half thanks to Theo Walcott, however Son’s fine finish just minutes after saw Spurs equalise.

Mauricio Pochettino’s side then took the lead thanks to Alli, who kept his calm to slot home a fine half volley after Son saw his left-footed effort stopped by Jordan Pickford.

It was a terrific finish from Alli, who’s given Spurs’ chances of heading into half time with the lead a huge boost following his goal.

Alli’s strike can be seen below. Great composure from the England international! 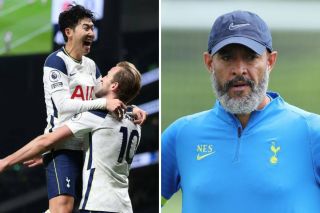