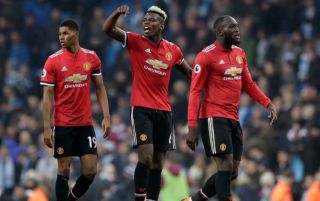 Barcelona have been handed a big boost regarding their pursuit of Manchester United and England winger Marcus Rashford, a player who’s also a target for Real Madrid.

According to Don Balon, both Real and Barca are in pursuit of the English youngster, and the player’s proposed €60M move to Los Blancos has been put to a halt following the future arrival of Jose Mourinho.

The report also notes that Rashford ‘only wants to play’ for the Blaugrana, and the possible departure of Malcom and inconsistent displays of Ousmane Dembele could tempt the club in to bolstering their attacking options.

Barca signing Rashford would be a fantastic move for the club to make, as the England international is one of the brightest talents that the Premier League has to offer.

The 21-year-old has managed to score 37 goals and bag 22 assists in 144 appearances for the Red Devils, a fine return for a player who’s constantly been made to play out wide in attack instead of centrally.

Rashford didn’t exactly manage to cement his place in United’s starting XI during Mourinho’s stint as manager at Old Trafford, as the Englishman was constantly made to start matches on the bench during the 55-year-old’s tenure.

And it seems like the Portuguese coach’s future move to the Spanish capital looks to have forced the winger’s hand in his search for a new club if Don Balon’s report is anything to go off.