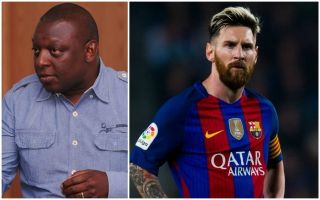 BBC Sport pundit Garth Crooks sparked controversy when he made a bizarre claim that one Liverpool stars movement was “like watching” Barcelona superstar Lionel Messi.

Garth Crooks believed the movement that Mohamed Salah displayed off the ball during Liverpool’s 2-0 win against Wolves was “like watching” Lionel Messi.

It’s not surprising to see Salah’s effort off the ball being commended – this is a big part of the star’s game that has been praised for some time now.

The controversy over Crooks’ opinion was focused around the fact that Crooks decided to compare this part of Salah’s game to a part of Messi’s game that has seen him face criticism throughout his career.

Here’s what Crooks had to say on Salah’s performance against Wolves:

“This was a blistering performance by Mo Salah against Wolves, especially in the first half. Salah’s movement off the ball was like watching Lionel Messi. He was everywhere. There was a moment when the Liverpool forward was even defending in his team’s back four.” (via BBC Sport)

Fans were unimpressed with Crooks’ comparison of the pair, fans were shocked at the pundit’s lack of football knowledge.

Even Barcelona fans will agree that Lionel Messi doesn’t do very much work off the ball for his team, it’s more what he does with the ball at his feet that earns him the GOAT status – so it’s very surprising to see someone make this comparison.

Messi isn’t know for his movement off the ball. He’s better known for what ge does with it.

Messi hardly moves without the ball

So he was awful without the ball?

Messi does nothing off the ball… even less than Mesut