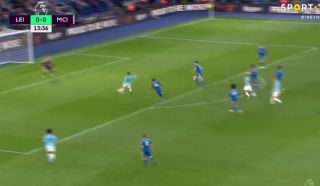 Manchester City have gone 1-0 up thanks to a Bernardo Silva goal against Leicester City at the King Power Stadium this afternoon.

Watch the goal clip below as the Foxes just totally back off City defender Aymeric Laporte in the build-up, allowing him to make considerable strides forward without anyone closing him down or making any kind of challenge.

While the passing is good and the finish from Silva is superb, there’s no doubt City were given a bit of an easy ride here.

Pep Guardiola will just be relieved, however, having seen his side fall to a surprise 3-2 defeat against Crystal Palace in their last game.

UPDATE: The lead did not last long, however, with Marc Albrighton heading home a fine equaliser just a few minutes later.

Watch below as Fabian Delph totally lost his man, with Albrighton creeping in behind him and finishing brilliantly from close range. 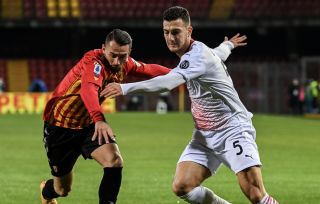