Chelsea are reportedly considering a surprise transfer swoop for Leicester City striker Jamie Vardy to solve their problems up front this January.

The Foxes forward has been one of the Premier League’s best attacking players in recent years, but the chance of a move to a bigger club perhaps seemed to fall away when he rejected Arsenal in 2016, as noted by the Guardian.

Still, another opportunity could now be on for Vardy, with Chelsea in need of a striker after poor form from Alvaro Morata and Olivier Giroud this season and last.

Centre-forward seems the one major weakness in Maurizio Sarri’s squad, which would surely be closer to challenging for the Premier League title with a more prolific finisher.

According to the Telegraph, the Blues are looking at big names like Gonzalo Higuain and Nabil Fekir, but Vardy is also an option for them. 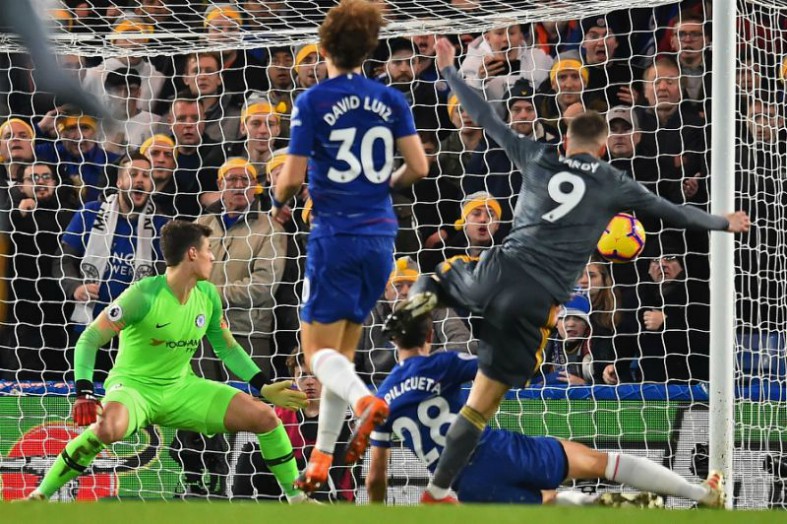 Jamie Vardy scores for Leicester against Chelsea at Stamford Bridge

The 31-year-old recently scored a fine winning goal against Chelsea at Stamford Bridge, and remains a major threat in the top flight with his pace, work rate and deadly accurate finishing.

One imagines Vardy could work well in Sarri’s side due to his energy and technical proficiency, and he’s shown year in, year out that he’s a reliable scorer at this level, unlike Morata.