Reports suggest that the agent of Arsenal transfer target Ever Banega is in London amid ongoing transfer rumours linking him with a move to the Gunners.

Unai Emery seemingly addressed his midfield this past summer with the signings of Lucas Torreira and Matteo Guendouzi.

However, while the Spanish tactician added plenty of physicality and defensive solidity, he arguably still lacks an individual capable of providing creativity in a deeper role.

Coupled with the fact that Aaron Ramsey looks set to leave the club when his contract expires in the summer, it’s a concern that could become more prominent ahead of next season.

With that in mind, Arsenal have been linked with a move for Banega, and according to Mundo Deportivo, his agent is currently in London which has led to talk of a move to the Emirates intensifying.

It’s added that he has a €20m release clause in his contract which Arsenal would have to meet, and so it remains to be seen if the reported visit to England is indeed linked with a possible move to reunite with Emery after previous spells working together at Valencia and Sevilla.

Banega, 30, is vastly experienced both at club and international level, and is known for his classy technical quality in midfield along with his ability to create and dictate play from a deeper role.

That is an area in which Arsenal could certainly improve, and so time will tell if they can secure a deal to sign the Argentine ace.

Should a move materialise as early as January, it would certainly give them a timely boost in their pursuit of a top-four finish this season. Arsenal currently sit in fifth place in the standings, just two points adrift of Chelsea who sit directly above them.

Report: Ex-Sevilla midfielder has eyes on a return to Boca Juniors 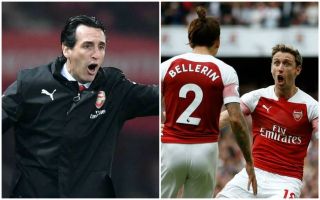