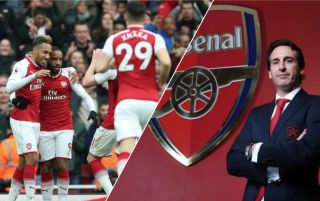 Arsenal fans are not too happy with the news that Alexandre Lacazette has been left out of the club’s starting XI to take on Liverpool at Anfield on Saturday evening.

The north London side have a very tricky task ahead of them, as they take on unbeaten league-leaders Liverpool this weekend in a match that could see the home side increase their lead at the top of the table.

Unai Emery has named a relatively strong side this afternoon, however one player that has been left out of the Gunners’ starting XI is Lacazette, a decision that has not gone down well with the club’s supporters.

All of Pierre-Emerick Aubameyang, Lucas Torreira and Aaron Ramsey have been elected to start by Emery, however there’s no room for Frenchman Lacazette in the Gunners’ side.

This decision from Emery to leave out Lacazette is one that has enraged Arsenal fans everywhere, with some even taking to Twitter to let their frustrations known.

We’ve picked out a number of tweets from fans expressing their anger at Emery’s decision to bench Lacazette, which you can check out below.

To be honest, we cant’ see why Emery’s benched him either…

Iwobi over Laca at Anfield wtf is Emery smoking

Wow, Lacazette on the bench…

laca on the bench against the top team in the league ?? pic.twitter.com/FWEXlR00ol

WHY NOT JUST START LACAZETTE??