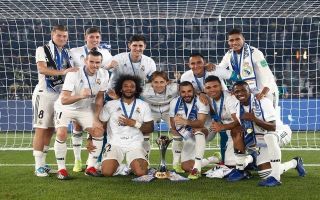 One of Real Madrid’s biggest stars has shocked the club with his decision to reject a new bumper contract, Italian giants Inter Milan will be keeping a close eye on the situation.

According to AS, Ballon d’Or winner Luka Modric has rejected Madrid’s opening contract offer. The 33-year-old is out of contract with the Spanish giants in the summer of 2020 and it looks as though Madrid could lose one of their most important players on a free transfer.

The report understands that the midfield maestro is considering a big-money offer from Inter Milan. Inter have reportedly put forward a two-year deal worth €10m a season.

A move to Italy won’t be the last of Modric’s career, it’s understood that the Croatian superstar would be interested in a move to the Chinese Super League for a couple of years before he retires.

Modric won some of the most prestigious awards in world football this year given his exploits for Real Madrid in their record-breaking Champions League side and more importantly the fact that he helped lead Croatia from underdogs to World Cup finalists:

Modric could be a massive miss for Madrid. Fortunately contract talks are at an early stage so it’s expected that Madrid will up their offer to Modric in a bid to keep the Croatian at the Bernabeu for as long as possible.