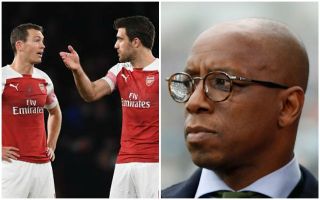 Arsenal legend Ian Wright was not a happy man as his old club were thrashed 5-1 by Liverpool at Anfield on Saturday evening.

The Reds punished some poor defending by a number of Arsenal players, but Wright was particularly critical of veteran full-back Stephan Lichtsteiner.

Watch the video below as the Gunners great, now a pundit, said that if this were a crime scene, Lichtsteiner’s fingerprints would be all over it.

That’s a pretty good description of the Switzerland international, who has looked criminally below-par for Arsenal since his summer move from Juventus.

His finger prints are all over it ??? pic.twitter.com/fsZ7wnkuHf