The exciting Blues youngster looks one of the brightest prospects coming through at Stamford Bridge at the moment and seems worthy of more first-team football.

However, Sky Sports report of Bayern stepping up efforts to sign the teenager, with Chelsea not known for being the best club in terms of giving opportunities to young players.

Bayern could be poised to take advantage, with other English youngsters performing well in the Bundesliga in recent times, most notably Jadon Sancho at Borussia Dortmund and Reiss Nelson at Hoffenheim on loan from Arsenal.

You can’t blame CFC fans for being angry, however, with the club ignoring a number of top youth talent in recent years, with the likes of Mohamed Salah, Kevin De Bruyne and Romelu Lukaku all let go too young before going on to shine for their Premier League rivals.

Here’s how the Hudson-Odoi transfer news is going down…

If we sell Hudson-Odoi there really is no hope for this club. £22.5M, too, what a joke.

If Chelsea sell Hudson-Odoi they really are crazy! 20 million, Bayern love bargains. They wouldn’t go splash 20 million on a youngster without knowing how good he actually is, he’s a serious player and Chelsea should keep him regardless of if they sign Pulisic. #CFC 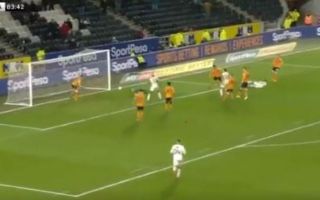 I hope you all know Willian is 30+…. Why do you want to sell Callum Hudson Odoi? https://t.co/VxpX75mrEg

Ribery and Robben are over 30 ( better than our own 30 year old wingers) and Bayern want Hudson-Odoi as a replacement. But Chelsea will go into next season with Willian and Pedro as wingers and sell Hudson-Odoi to them

Chelsea don’t sell Hudson odoi , play him ! Ur probably not gonna win the league, give him game time might save u £40m 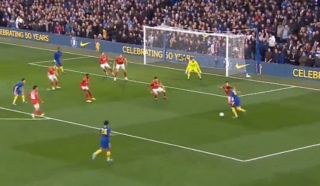