Liverpool have received good news as Sadio Mane will be available to face Man City in their crunch title clash on Thursday night.

The league leaders travel to the Etihad looking to extend their seven-point lead over Pep Guardiola’s men in what could potentially be a decisive encounter.

Defeating the reigning champions would not only open up a possible insurmountable lead, but psychologically, it could be a huge blow for City and a major boost for Liverpool to see off their rivals and build belief that they can maintain their impressive form all season.

Time will tell how the game plays out, but as noted by Sky Sports, Mane will be available for selection in a huge boost for Jurgen Klopp after the FA decided not to take any further action following the incident in which he was involved with Arsenal defender Stephan Lichtsteiner this past weekend.

Given the 26-year-old has bagged nine goals and three assists in 25 appearances so far this season, it’s clear that he could have a key role to play in midweek.

Further, with his pace and attacking threat on the counter attack, it could be crucial to unlocking the City defence and silencing the home crowd in a crucial fixture.

With that in mind, Klopp will surely be delighted to have the Senegalese international at his disposal, and he’ll hope that he can play a decisive role in getting a positive result.

Liverpool remain unbeaten after 20 games, winning 17 of those outings, while their title rivals came unstuck over the festive period and slipped to back-to-back defeats to give their rivals the advantage in what could still perhaps be a thrilling title battle.

Liverpool made “the best signing of the season”, says Premier League legend

Eight Liverpool players in the UEFA Team of the Year shortlist 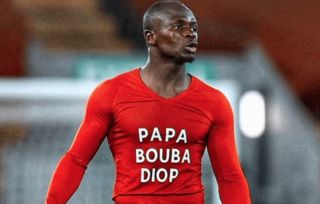 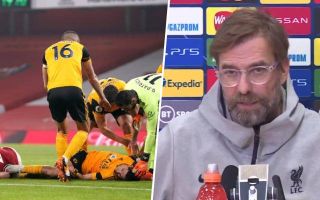