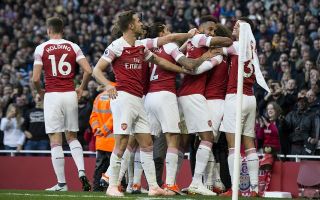 Arsenal defender Konstantinos Mavropanos has provided an exciting injury update after a nightmare spell out injured.

The Greek youngster had just made an extremely impressive breakthrough in the Gunners’ first-team towards the end of last season before an injury earlier this season.

MORE: Arsenal, Man United & Liverpool starlets among 12 wonderkids to look out for in 2019

This has meant Mavropanos has yet to play for the club under new manager Unai Emery, but he welcomed in 2019 on Instagram last night with the message that he’ll be back soon.

This goes in line with a recent report from football.london claiming the 21-year-old would likely be back in early January.

Arsenal fans will certainly hope Mavropanos can kick on after looking such a promising young talent in the few games that he played for the club last season.

Arsenal outcast expected to leave in January after failing to break into the team January 10, 2020 15:00
Arsenal FC