Manchester City are going to have to fork out £144M (€160M) if they want to seal a deal to bring Barcelona and Brazil superstar Philippe Coutinho to the Etihad.

Pep Guardiola’s side have been a little below par so far this season, as they sit seven points behind league leaders Liverpool in the Premier League, something fans everywhere would not have expected to be saying at the start of the season.

Injuries to Fernandinho and Kevin De Bruyne have hampered City dearly so far this year, however they could be about to solve their midfield dilemma by signing one of the world’s best midfieders if this report from Don Balon is anything to go by.

As per Don Balon, Barca would be somewhat willing to let Coutinho leave the club should a team be willing to pay £144M (€160M) for him, and that City are in the hunt for the player’s signature.

The report also states that Citizens boss Guardiola views Coutinho as a replacement for David Silva, a player who has managed to become a legend for the club since his move from Valencia back in 2010. 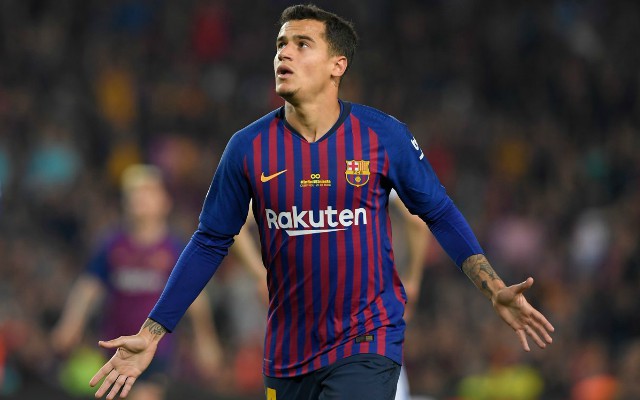 Coutinho would be a fine signing for City to make, as the player has shown during his time with the Blaugrana that he’s capable of playing in both the centre of midfield and out wide to a very high standard.

The 26-year-old has seen his first team opportunities limited this term following Ousmane Dembele’s resurgence in form, however don’t let this take away from the fact that Coutinho is still a world class midfielder.

City signing the Brazilian international would see the club bring in a player who’s more than capable of replacing Silva, it just remains to be seen whether they’re willing to pay £144M to do so…