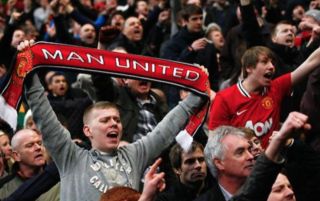 Manchester United fans were full of excitement after their team to face Newcastle today was announced. Ole Gunnar Solskjaer is looking to make it four out of four tonight.

Red Devils stars Alexis Sanchez and Antonio Valencia have made a surprise return from the dungeon that former United boss Jose Mourinho banished them to.

Sanchez hasn’t made an appearance for United in five weeks and it looks as though Solskjaer’s uber-attacking mentality could reignite Sanchez’s career at Old Trafford. The Chile star is on the bench this evening.

Veteran right-back Valencia has been handed back the armband by Solskjaer, the Ecuadorian was stripped of the captaincy and sent into exile for liking social media posts that criticised Mourinho.

The Red Devils have won all three of their games under Solskjaer in impressive fashion and the Norwegian will be hoping that he can make it four wins out of four against Rafa Benitez’s men on their trip to Tyneside.

Check out United’s lineup below:

Check out some fan reaction to Solskjaer’s team selection:

Glad to see Valencia back and hope Alexis can have some minutes pic.twitter.com/eRAa0PuujP

This particular fan is clearly a big admirer of Spanish playmaker Juan Mata:

You know a good manager when you don’t see Fellaini on the starting 11 & on the bench ?

Team news doesn’t bother me now because we know they are going to play the right way.#20LEGEND

You are my Solskjaer, My Ole Solskjaer, You make me happy, When skies are grey, Oh Alan Shearer, Was f*cking dearer, So please don’t take, My Solskjaer away #MUFC #GGMU

Solskjaer could defy the odds and lead United to top four finish this season if he can continue their impressive run of form.