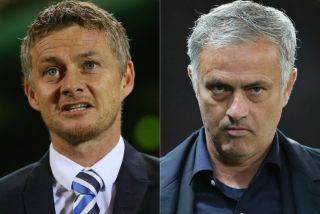 Some Manchester United fans are not happy with how Antonio Valencia is playing as their team struggle to break down Newcastle in tonight’s Premier League clash.

It’s been a bright start to the Ole Gunnar Solskjaer era with three wins out of three against Cardiff City, Huddersfield and Bournemouth.

However, United have not looked as convincing today as they go in level at 0-0 at half time and some fans are starting to realise one or two players do remain below the standard required.

Valencia is in at right-back today and seems to be the subject of most of the criticism from supporters on Twitter at the moment as they feel he’s the one player still stuck playing the kind of football that annoyed them so much in the Jose Mourinho era.

The Ecuadorian is one of this squad’s ageing members, and didn’t initially start out as a right-back when he joined the club.

Still, fans could perhaps be forgiven for expecting a bit better from the 33-year-old.

Think Valencia is stuck in the Mourinho era

Mourinho was at fault for a lot of things but valencia’s demise aint one of them. #MUNNEW

Valencia is still playing for mourinho

Valencia is finished… MATA is slowing us down……. Mourinho kind of performance