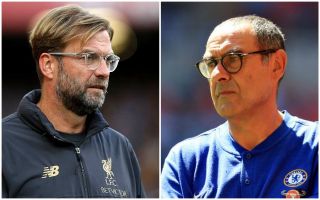 The Blues are light up front at the moment and are also eyeing a big name like Gonzalo Higuain to replace the struggling Alvaro Morata, according to Bleacher Report.

However, that piece also states Chelsea are interested in Arnautovic as another possible alternative, though one imagines their fans won’t be too pleased with the link.

Despite the Austria international’s qualities for a team like West Ham, he doesn’t look the calibre of forward Chelsea really need at the moment.

In the past, CFC had greats like Didier Drogba and Diego Costa leading the line, but Arnautovic’s goal record is not that impressive and at the age of 29 he’s unlikely to make a big improvement any time soon.

One imagines AC Milan ace Higuain would be the priority for the west London giants, but fans will surely be more desperate than ever for that move to go through if Arnautovic is the Plan B option.

Chelsea made a fine start to this season before a recent dip saw them fall out of realistic contention for the title.

Still, to catch pace-setters Liverpool in the long run some serious investment is needed up front to compete with the goal-scoring prowess of not just one player but three up front for the Reds in the form of Mohamed Salah, Roberto Firmino and Sadio Mane.