Bayern Munich have reportedly increased their offer for Chelsea starlet Callum Hudson-Odoi to £30m+, increasing the pressure on the Blues to make a crucial decision.

The 18-year-old has emerged as one of the brightest young talents at Stamford Bridge, as he impressed during their pre-season campaign.

However, he hasn’t been able to use that as a springboard to establish himself in the first-team so far this season, as Hudson-Odoi has been limited to just six appearances in all competitions.

With Maurizio Sarri opting to use him primarily in the Europa League, it must be a frustrating time for the youngster as he has shown for club and country that he has a very big future ahead of him.

Nevertheless, an inability to get ahead of the likes of Pedro, Willian and others in the pecking order, or even when they’ve been sidelined by injury, could be enough to convince the starlet to consider his options.

As per Sky Sports’ tweet below, Bayern are seemingly very keen on taking him to Germany and have now made a bid in excess of £30m, the third bid made for the England U19 ace.

Perhaps with Jadon Sancho’s success at Borussia Dortmund in mind, it could be a sensible strategy from the Bavarian giants to build for the long-term and to develop one of England’s most promising talents after Hudson-Odoi starred at the U17 World Cup in 2017.

Time will tell what Chelsea opt to do, but having confirmed the signing of Christian Pulisic on Wednesday, that could merely just add further competition for places and raise serious question marks over whether or not Hudson-Odoi will have a key role to play for the Blues moving forward. 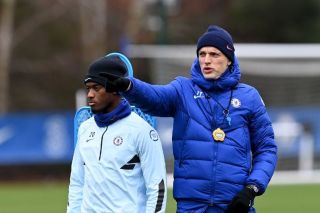