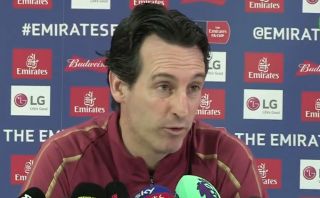 The Costa Rica international would make sense as a signing for the Gunners this winter after unconvincing performances from both Petr Cech and Bernd Leno so far this season.

However, when asked about a deal for Navas, Emery insisted talks have not taken place over bringing him to the Emirates Stadium.

Still, Don Balon are among the sources to link the shot-stopper with Arsenal and yesterday suggested a move could be close, so it may well be that Emery is just keeping quiet on a move until it’s official.