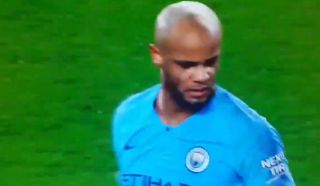 Manchester City defender Vincent Kompany really looked like he called Liverpool forward Mohamed Salah a ‘pussy’ after a nasty challenge on the Egyptian.

Watch the incident below as the Belgian centre-back seems to be clearly insulting the Reds ace, while a still of the tackle shows he was probably lucky to escape a red card. 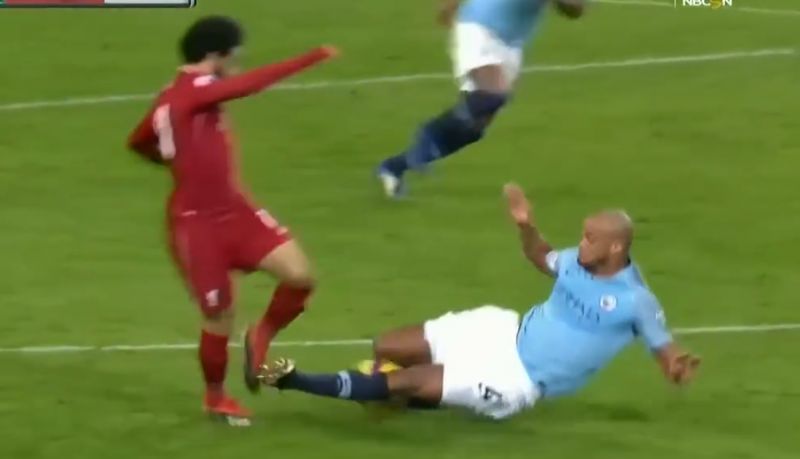 Was this a red card challenge from Kompany on Salah?

It’s 0-0 at the time of writing and there haven’t been too many chances in this huge six-pointer at the top of the table, but it’s been an enthralling contest.

I've got a lot of time for Kompany calling Salah a pussy. #MCILIV pic.twitter.com/ExinceBPpz