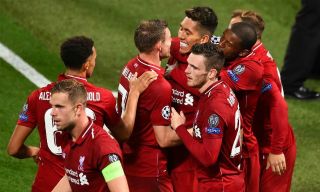 Liverpool have reportedly been handed a major boost regarding left-back Andrew Robertson.

Despite the imminent birth of his second child, the Scotland international is expected to feature against Manchester City in tonight’s all-important Premier League clash, sources close to the player are said to have told the Liverpool Echo.

Robertson has been a hugely important part of this Reds squad since he joined the club last season, with his high-energy performances and quality going forward making him a valuable asset to Jurgen Klopp.

Liverpool will certainly be delighted if he can start the game tonight and help the team chase a crucial result away to title rivals City.

LFC go into the game seven points clear of the reigning champions, and anything other than a defeat will surely make them big favourites to go all the way in this season’s title race.

Robertson will surely want to be part of this huge fixture, so it looks like we can expect to see him involved when team news comes out soon.