The Germany international, a World Cup winner with his country back in 2014, has long been one of the finest players in the world in his position and it seems a move could be on the cards for him.

According to Don Balon, Kroos is keen on a move to the Premier League and City seem ready to pay big for him, with Guardiola and co. hoping a deal can be done at around €70million.

Kroos played under Guardiola at Bayern Munich and the pair seem a perfect fit tactically and stylistically, so it would make sense for this move to go through.

Still, Don Balon note that Real want closer to €80m for the 28-year-old, so it remains to be seen if City would be willing or able to up their offer. 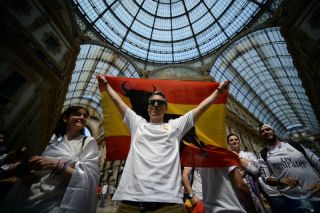 Bizarre shortlist for ‘Club of the Century’ award announced

If Kroos joins, his experience could make him a great addition for City, who may not be able to rely on proven winners and veterans like Vincent Kompany, Fernandinho and David Silva for that much longer.

Kroos’ trophy cabinet makes him one of the best-equipped to come in and help ensure City remain a squad of players who know how to go the distance in the biggest competitions.