Getafe centre-back Djene Dakonam is the subject of interest from Barcelona, as Ernesto Valverde aims to bolster his options at the back.

The 27-year-old has been a fixture in the starting XI for the La Liga outfit this season, racking up 16 appearances and impressing in the heart of the defence.

The Togo international has spent two years in Spain, helping Getafe to fight for a spot in the top half of the table and his recent performances have earned the attention of the Blaugrana.

According to Don Balon, Djene has been added to Barca’s growing list of transfer targets during the January transfer window, with several other defenders across European football also heavily linked with the Spanish champions.

Ajax starlet Matthijs De Ligt and Napoli’s Kalidou Koulibaly are two of the names in the frame for a switch to the Camp Nou, while Jeison Murillo has already completed a loan move to the club from Valencia.

Valverde is missing Thomas Vermaelen and Samuel Umtiti through injury at the moment, which has forced his hand in the market and Djene has the experience and quality to become an important player for Barca during the second half of the season. 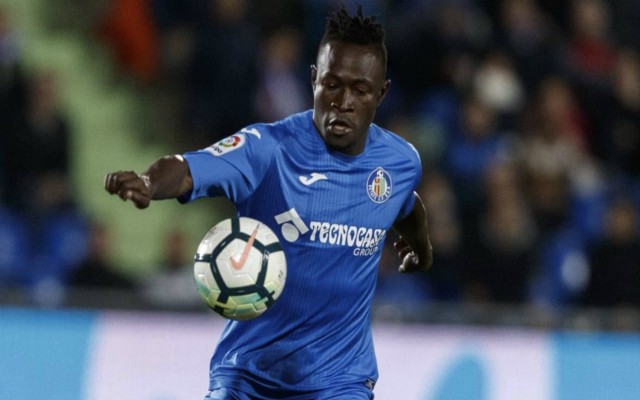 Don Balon states that the club would have to fork out more than €30m to sign the Getafe star, but that is a small drop in the ocean for an institution as large as Barcelona.

Valverde’s men are gunning for the treble this term and currently sit top of the La Liga table, while also looking forward to the knockout phases of the Champions League.

Despite their recent success, concerns have been raised about the vulnerable in defence and Djene could help to shore up that shaky back line, with a three-point lead to protect at the top of the Spanish top flight after the winter break.