The Reds succumbed to their first Premier League defeat of the 2018-19 season at the Etihad Stadium, losing 2-1 after Sergio Aguero and Leroy Sane scored either side of a Roberto Firmino equaliser.

Dejan Lovren partnered Virgil Van Dijk in the heart of the defence once again in the absence of Joe Gomez, who is still on the sidelines recovering from a fractured leg and he proved to be a weak link for Klopp’s side.

The Croatian centre-back gave Aguero too much space to fire home from a tight angle in the first half and generally struggled to get to grips with City’s free-flowing strike force.

Murphy believes that Gomez was the key player missing from Klopp’s line-up against the reigning champions and he feels the result may have been different had the Englishman been fit to play.

“If Gomez was playing, with his pace and recovery, is Sane getting in behind?” he told Talk Sport on Friday. “Would Gomez be beaten like Lovren did on that near post?

“Lovren has done well to come back from where he was at a year ago and he’s a good second choice. 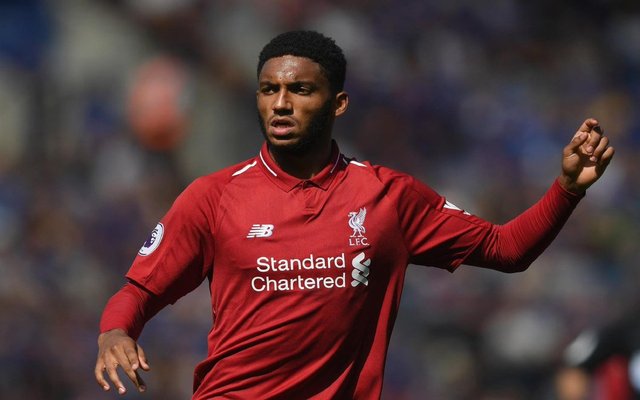 “But if Gomez was playing would he have suffered the same embarrassment of athleticism?

“Sane is quick, but Lovren was at fault, really.”

The result has blown the title race wide open with 17 games still to play and now City have stolen back the momentum after a disastrous December period which saw them lose three of their seven league fixtures.

A first defeat of the season for the Reds. #MCILIV https://t.co/t0Cbxahu9J

Murphy went on to add that he hopes his former club can bounce back and win the crown, but he also admitted that the Reds missed a huge opportunity to put the title race to bed by opening up a ten-point lead.

“I’m a Red and I’m desperate for Liverpool to win it,” he added. “I think if Liverpool had won it and gone ten points clear it would have been done.”

Liverpool must now turn their attention to a third round FA Cup tie at Wolves on Monday, before a return to Premier League duties five days later away against Brighton.