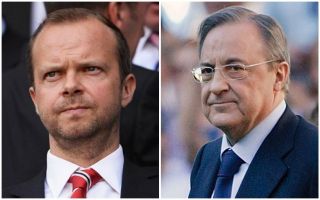 Both Man Utd and Real Madrid could reportedly be left disappointed in their bid to appoint Massimiliano Allegri as their new manager this summer.

In turn, the Euro giants will both be looking for a long-term solution at the end of the season, and Juventus boss Allegri has been paired with both jobs, as noted by Calciomercato.

However, the report adds that the Italian champions plan to press ahead with contract renewal talks in the coming weeks despite the fact that Allegri’s current deal runs until 2020, as it would ultimately end talk of a move to either Man Utd or Real Madrid.

Time will tell if they are successful as it could be argued that Allegri has almost achieved all he can achieve in Turin having rattled off four consecutive Serie A and Coppa Italia triumphs since taking charge.

The Champions League is arguably the last piece of the puzzle that has alluded him, but with the signing of Cristiano Ronaldo last summer, it could be the addition needed to help inspire the Bianconeri to go all the way in Europe.

It remains to be seen if that happens and if such a success would force Allegri into considering taking on a new challenge, but for now, it’s difficult to see why he would leave too as he’s in a great position to continue to win major honours and write his name into the history books.

Given his track record, winning pedigree, experience and obvious man-management qualities to continue to get the best out his players, he would arguably be a great appointment for either United or Madrid.

However, both could be forced to look elsewhere for a long-term solution to their managerial issues if the Italian tactician signs a new deal with Juventus.

Agreement reached: Juventus to pay €10M to Atletico Madrid to take attacker for another season May 30 2021, 19:55
Juventus