The Belgian superstar moved to China from Atletico Madrid in February last year, after three successful years in La Liga with Diego Simeone’s side.

The 25-year-old has always been a somewhat enigmatic figure at the highest level, a highly skilled, technically brilliant player capable of causing the best defences in the world problems at his best, but disinterested and completely ineffective at his worst.

Carrasco has racked up over 25 appearances for Dalian Yifang over the past year, contributing seven goals and five assists, but given his age and quality, it is likely that he will return to European football sooner rather than later.

According to Foot Mercato, one possible destination for the Belgium international is Manchester United, as the Premier League giants plot a transfer swoop this month.

Football Espana reports that Carrasco is also being chased by Italian outfit AC Milan, but United could have the edge in this particular battle given their recent rejuvenation under caretaker boss Ole Gunnar Solskjaer. 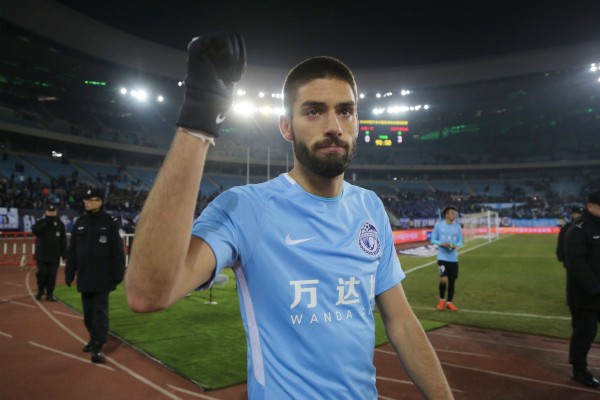 The Red Devils have secured four consecutive wins since the Norwegian was appointed and the future is starting to look bright for the club again, after the disastrous reign of previous boss Jose Mourinho.

Carrasco could fit into Solskjaer’s starting XI at Old Trafford nicely and offer the team a new dimension in attack, but it remains to be seen whether or not the former Atletico star wants to leave his current club.

Foot Mercato states that ex-Monaco head coach Leonardo Jardim is on the verge of taking the manager’s role at Dalian Yifang, which would see him reunite with Carrasco, whom he managed at Stade Louis II during the 2014-15 season.

The chance to link up with his one-time mentor might convince Carrasco to stay put for now, but he could also be tempted to ply his trade in the Premier League and finally fulfil his immense potential.