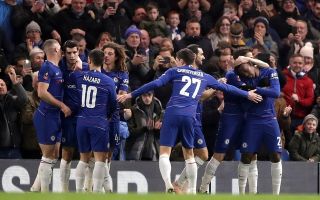 Hudson-Odoi was the hero of today’s match, I mean he must be some talent considering he was the man who orchestrated both of Alvaro Morata’s goals today.

The talented young winger showed off his expert ability with the ball at his feet before setting up both goals, his directness and willingness take players on is something that Chelsea have been missing.

Chelsea have failed to make their dominance in possession count on too many occasions in the past month and it seems as though Hudson-Odoi was the missing piece of the puzzle all along and he was clearly the key to victory today. 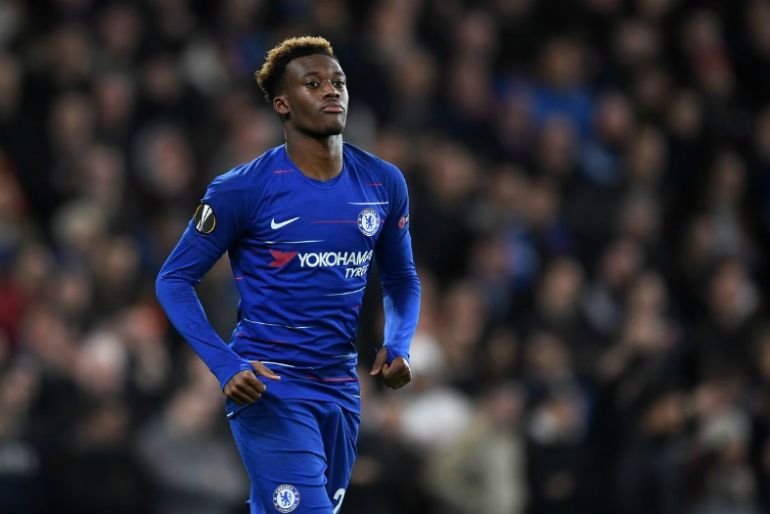 No wonder Bayern Munich are so keen on brining the winger to Germany, according to Sky Sports the Bavarians have recently bid in excess of £30m for the England youth international.

There was some bad news for Blues fans though as Ruben Loftus-Cheek was brought off in the first half with an injury, the England international showcased his amazing talent by winning the penalty that Cesc Fabregas wasn’t able to convert.

Check out some fan reaction to Hudson-Odoi’s sensational performance below:

Thanks to the CHOsen one, IMO

Hudson beyond proved his worth in a team that has been poor in front of goal lately. I hope Chelsea think wisely about this transfer.

CHO proving why he deserves to be starting ahead of Willian

THIS IS WHY HUDSON ODOI IS WORTH £40mil!

The guy can do the impossible and make Morata score! His delivery down the right is 10x better than anything we've seen down that side all season!!!

He’s priceless mate, no hope in chelsea if they sell him

Callum Hudson Odoi has made 3 assists so far this season and all 3 were for Alvaro Morata. ? Hudson Odoi is the man you need if you want Morata to score goals. Morata only provides aerial threat and Hudson Odoi is the best when it comes to playing a perfect cross for the striker

Maurizio Sarri is in a great position to end his debut season in charge of the Blues by winning some silverware.

Thanks to Morata’s double the Blues will progress through to the next round of the FA Cup and they are also within touching distance of League Cup glory.

Opinion: If Messi leads Barcelona to the league title, it will be his biggest ever achievement