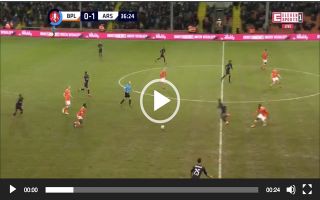 Arsenal youngster Joe Willock proved that his fortunes in front of goal weren’t a fluke when he got himself in the right place at the right time to score his second goal for Arsenal today in their FA Cup clash against Blackpool.

The 19-year-old showed that he is a fox in the box when he converted Carl Jenkinson’s cross at the far post.

Just like he did in the 11th minute to hand Arsenal the lead, Willock showed that he has the ability to sniff out goalscoring opportunities in the box.

Willock has shown off impressive reactions for someone who has seen little first-team action coming into tonight’s game. The teenager certainly has the rare talent of being able to turn lemons into lemonade.

Check out a video of Willock’s second goal of the evening below:

Two goals for Willock this evening could kickstart the youngster’s Arsenal career, Unai Emery will be forced to give the midfielder more opportunities for the Gunners after his fantastic performance. 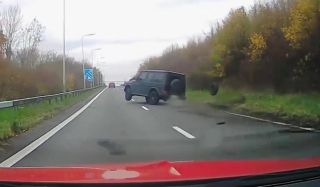 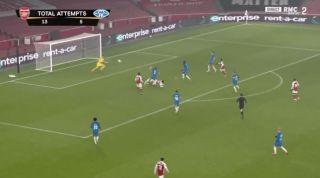