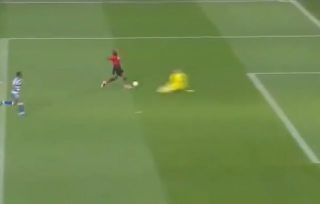 Romelu Lukaku has had his struggles with goals this season, but he showed his quality for Man Utd in their FA Cup clash with Reading.

Juan Mata had given the Red Devils the lead from the penalty spot, but they bagged a second just before half-time through their Belgian frontman.

As seen in the video below, from his run off the ball to get across and in behind the Reading defence to the composure he shows to round the goalkeeper and slot home to score, it was a classy effort from the Man Utd striker as he looks to get back to top form under Ole Gunnar Solskjaer.

The 25-year-old has struggled with form and injuries in recent months, bagging just eight goals in 24 appearances in all competitions so far this season.

However, this should do wonders for his confidence moving forward and it was a quality bit of play from start to finish with Alexis Sanchez providing a wonderful assist too as his United teammate made it three goals in his last 96 minutes of football.