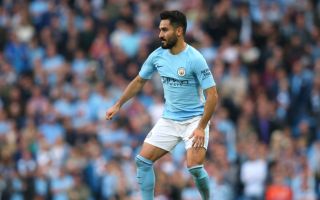 Manchester City made it through to the 4th round of the FA Cup this afternoon, after Pep Guardiola’s side put Rotherham to the sword, beating them 7-0 at the Etihad Stadium.

Goals from Raheem Sterling, Riyad Mahrez, Phil Foden, Gabriel Jesus, Nicolas Otamendi, Leroy Sane and an own goal from Semi Ajayi ended up proving to be the difference between the two sides on an afternoon which saw City assert their dominance over their Championship opponents.

City absolutely dominated the affair from start to finish, carving Rotherham open time and time again throughout the 90 minutes, as they showed everyone why they’re considered by many to be the favourites to win the FA Cup this season.

One player who undoubtedly City’s best on the day was German midfielder Ilkay Gundogan, who seemed to be at the very heart of everything City had to offer going forward.

Gundogan was so impactful in fact that he even managed to pick up a total of four assists during the match, becoming the first Premier League player to accomplish such as feat since Santi Cazorla did it against Wigan for Arsenal back in 2013.

4 – ?lkay Gündo?an is the first Premier League player to assist four goals in a single game since Santi Cazorla for Arsenal against Wigan in May 2013. Silky. #FACup pic.twitter.com/hdn0tgbNNo

This is a very impressive feat for Gundogan to accomplish, as it’s rare that player even manage to bag more than one assist in a game, let alone four!

Even though his four assists came against lower-league opposition, Gundogan’s feat is still an impressive accomplishment to have, especially when you consider that in the entirety of the FA Cup last year, the player with the most assists only ended up with four, a total the German has equalled after just one game!