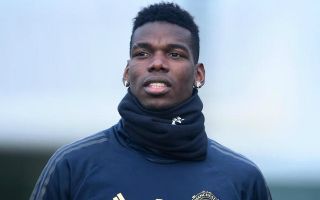 Manchester United midfielder Paul Pogba did not travel with the rest of the squad as they prepare to do some special training together in Dubai.

The club’s official site have now cleared up the reason for this, explaining that he stayed behind for some individual treatment on a knock sustained in the win over Newcastle.

Pogba has been in superb form for United since Ole Gunnar Solskjaer replaced Jose Mourinho as manager, and fans will hope to see the France international back in action again as soon as possible.

Still, this only seems a minor knock and hopefully something Pogba can shake off as the club say he will be travelling to Dubai late to catch up with his Red Devils team-mates.

United will hope to gain something from this training trip, with the club now looking like having a genuine shot at making it into the top four by the end of the season.

Four wins in a row in the league since Solskjaer took over have lifted United to just three points behind Arsenal, and six behind Chelsea in the final Champions League spot.