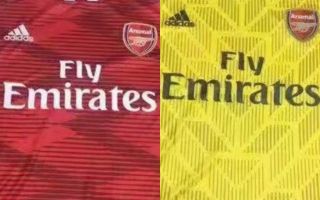 Arsenal fans will like what they see here as pictures of their rumoured new kits for the 2019/20 season under new partners Adidas emerge.

Of course, it’s too early to tell if these images shown are the real deal, but new designs can sometimes hit internet screens pretty early before they’re officially unveiled.

MORE: (Photos) Alternative Arsenal 2019-20 kits that were also recently leaked – which do you prefer?

The strips below are classy and classic Arsenal, with the yellow away kit bound to be a big hit after a couple of years of more experimental designs under Puma.

While this one below is not quite the old ‘bruised banana’ favourite from Arsenal’s previous spell having their shirts done by Adidas, it’s close enough to be a popular purchase for Gooners next season!

We're sure you've probably all seen these already but if not here are some leaked images of (supposedly) our new adidas kit for next season. What do you think…? pic.twitter.com/SmRvLstvpY 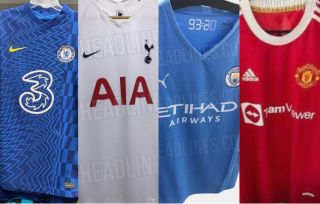