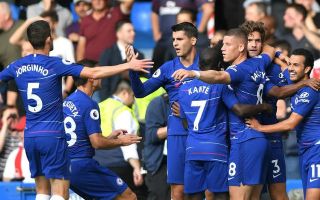 Chelsea striker Tammy Abraham is expected to make a decision today on a loan transfer to Premier League rivals Wolves.

The Blues starlet has shone on loan at Aston Villa so far this season, but now looks set to make the surprise move of ending his deal with them early in order to play in the top flight.

The latest update comes from Express and Star journalist Tim Spiers, who has tweeted his information on the Abraham deal, which looks to have essentially been all but completed.

Latest on Abraham…I understand deal has been finalised between Wolves and Chelsea for a straight loan, no option. No issue expected with FA/FIFA on ratifying it. Just up to player to make final decision, which is expected tomorrow #wwfc

Chelsea will probably be happy to see Abraham play in the Premier League again, with the 21-year-old clearly too good for Championship level.

Abraham previously shone with Bristol City in English football’s second tier, and he’s been prolific with Villa this term, netting 16 times in 20 appearances.

It seems the time has come for the England international to test himself at a higher level, and Wolves seems a good team for him to choose at the moment after their solid start in the top flight this season.

Villa won’t be too pleased about Abraham walking out on them in the middle of the season, but Spiers tweets above that there is no expected issue in terms of the transfer being cleared by the FA or FIFA.