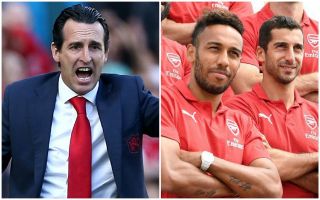 Arsenal striker Pierre-Emerick Aubameyang has given a hilarious response to winning the club’s player of the month award.

The Gabon international can be seen in the tweet below responding to the initial tweet from Arsenal’s official feed by making reference to the recent 5-1 thrashing at the hands of Liverpool.

Aubameyang certainly had a fine month apart from that, with the former Borussia Dortmund striker proving a truly excellent purchase from this time last year.

The 29-year-old has been hugely prolific since joining from Dortmund, scoring 26 goals in 40 games in all competitions, and he wins the December player of the month prize after six goals and two assists last month.

Arsenal as a whole still have progress to make however, with Aubameyang quite right that that performance against Liverpool was indeed “sh*t”.

The Gunners took the lead in that game before completely capitulating, finding themselves 2-1 down just a few minutes later before conceding two more in the first half and another in the second.