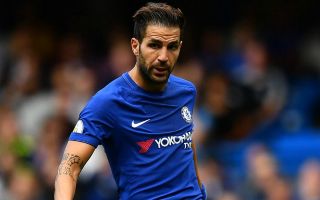 Chelsea are reportedly hoping to seal the transfer of either Leandro Paredes or Nicolo Barella as they aim to replace Cesc Fabregas by the end of this week.

The Blues could do with more options in the middle of the park as Fabregas is expected to make his way to Monaco, leaving the club potentially a little light in that area of the pitch.

Mateo Kovacic is only at Stamford Bridge on loan this season, while Tiemoue Bakayoko has been loaned out and Danny Drinkwater doesn’t look likely to have a future at the club.

With that in mind, Paredes or Barella would surely make solid additions for Chelsea, who are linked with both in a report from Italian outlet Corriere dello Sport, as translated by the Metro.

Argentina international Paredes has emerged as an alternative to Barella, whose asking price may be a bit steep for CFC, according to the report.

Paredes, 24, is more experienced so may be a better option to go into the team straight away, even if Barella, 21, is one of Italian football’s biggest prospects at the moment.

Either looks a potentially solid addition for Maurizio Sarri’s side to replace a big name in Fabregas, who will surely be missed at the club despite playing less of a key role in the first-team in recent times.