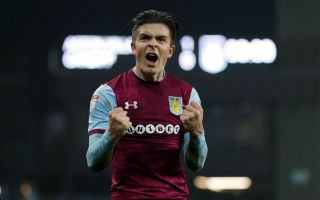 In a surprise development today, it’s been reported by Sky Sports that the young forward will not in fact be joining Wolves on loan but staying at Villa Park for the rest of this campaign.

Abraham has made a great start to life with the Championship side and Grealish put together a picture of his face on top of Leonardo Di Caprio’s character in Wolf of Wall Street.

You get the idea – here’s the tweet. Nicely done, Jack!