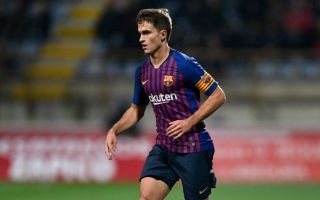 Barcelona midfielder Denis Suarez has reportedly snubbed the chance to seal a transfer to West Ham as he holds out for a reunion with Unai Emery at Arsenal.

The Spain international has been the subject of much speculation in recent times after a lack of regular first-team opportunities at Barcelona.

Suarez could be a fine signing for most Premier League clubs, and it seems Arsenal are still in the running despite West Ham also trying their luck with an offer.

This is according to the Sun, who say the 25-year-old hopes to link up with Emery, who managed him at Sevilla.

This surely puts the Gunners in a strong position, though it remains to be seen if anything can be done this winter as this deal does seem to be dragging on.

The Sun explains that Arsenal are currently struggling to meet Barca’s demands for Suarez, and it’s all too often been the case that the north London giants don’t like to overpay for players.

Unfortunately, this seems to be what’s needed at the club right now as they look in with a shout of snatching a top four spot this season with one or two smart additions this January.

For now, however, their squad lacks depth and they also face the departure of Aaron Ramsey in the near future as he is set to become a free agent at the end of the season, leaving a big gap to fill in midfield.