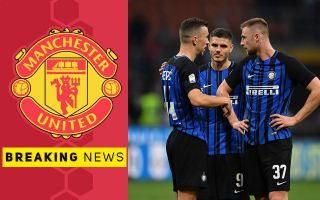 Man Utd have reportedly been handed a transfer boost as long-time target Ivan Perisic has been tipped to leave Inter this summer.

As noted by the Evening Standard, the Croatian international has previously spoken about how close he was to joining the Red Devils, while he was linked with a fresh £31m move to Old Trafford last month, as per the report.

Evidently, the move failed to materialise, but the 29-year-old has struggled to hit top form so far this season as he’s managed to contribute just three goals and two assists in 23 appearances in all competitions.

According to the paper edition of Tuttosport, as noted by Calciomercato, it’s now suggested that the Nerazzurri are open to selling the attacker in order to fund their own summer transfer spending with Man Utd specifically noted again in the report as an interested party.

It remains to be seen if United do indeed express an interest at the end of the season, or perhaps the managerial change last month with Jose Mourinho leaving the club may well have ended their pursuit as Ole Gunnar Solskjaer and the hierarchy might have other ideas.

Further, it could be argued that the Premier League giants would now be sensible to avoid splashing out on major targets until they’ve appointed a long-term manager, with Solskjaer currently expected to merely hold the fort until the end of the current campaign.

In turn, it raises doubts over whether or not Man Utd will make another move for Perisic if he is finally available, while his form this season will surely also be a concern given he has struggled to establish himself as a decisive figure for Inter and that is perhaps another factor in why they are reportedly now open to letting him leave.

Nevertheless, given United have been linked with him for so long, this could still be perceived as a transfer boost if they wish to bolster their options in the wide positions. 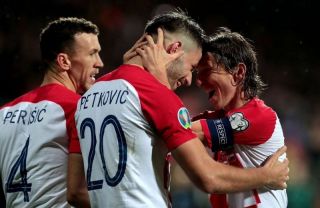 Euro 2020: Huge blow for Croatia as star player tests positive for Covid-19 ahead of Spain tie

Conte unhappy with officials for this reason after Inter’s defeat at Real Madrid Nov 4 2020, 11:44
Champions League

Major blow for Arsenal over Thomas Partey as Simeone has the chance to swap him for a long-term target Sep 11 2020, 18:18
Arsenal FC

Video: Perisic puts Bayern back in front with an effort off the bar following some dismal play from Barcelona Aug 14 2020, 20:29
Champions League