Sporting Lisbon midfielder Bruno Fernandes has emerged as a top January transfer target for both Liverpool and Everton.

According to Portuguese publication, A Bola via Team Talk, the Reds and the Toffees are set to do battle for the 24-year-old’s signature this month, after his impressive displays in the Primeira Liga this season.

Team Talk reports that although Fernandes has a release clause of €100 million in his current contract at Sporting, the club would be willing to listen to offers at around €40 million, given financial woes they have suffered recently.

Liverpool are currently fighting for the Premier League title, four points clear of reigning champions Manchester City in first place at the moment, but possibly on the lookout for reinforcements after suffering two consecutive defeats.

Reds boss Jurgen Klopp already has plenty of options in midfield but after rumoured target Christian Pulisic opted to sign for Chelsea last week, the club may decide to fork out on a cut-price Fernandes before the window shuts.

Everton, meanwhile, are in 11th in the Premier League, struggling to mount a realistic challenge for a European spot despite a large number of pre-season signings.

Toffee’s head coach Marco Silva might be tempted to bring in more fresh faces in his bid to turn the club into a Premier League force and Fernandes certainly has the quality and experience to slot into his starting XI. 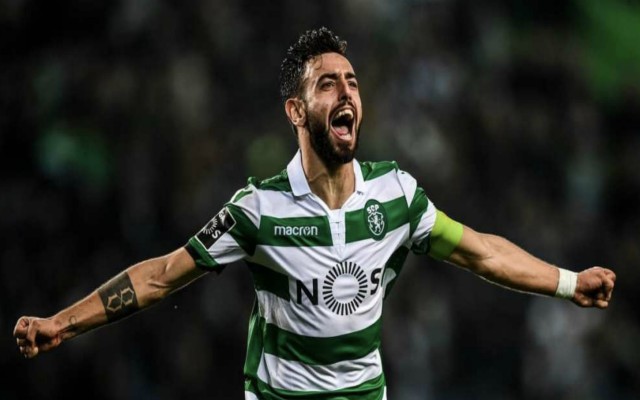 The Portuguese starlet has proved himself as something of a midfield maestro in his homeland and his statistics this season are encouraging to say the least – with 14 goals and nine assists to his name across all competitions at the halfway stage of the 2018-19 campaign.

Liverpool will surely be favourites to win this particular transfer tussle against their arch-rivals but Fernandes would be wise to factor in where he would receive the most playing time.

At Everton, he would surely be a nailed on starter, but then again, the allure of a high-profile move to Anfield might ultimately prove too attractive for him to turn down.