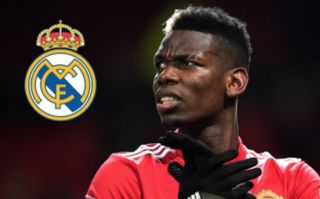 Manchester United midfielder Paul Pogba has reportedly decided to close the door on a potential transfer to Real Madrid.

According to Don Balon, the France international had been open to a switch to the Bernabeu but no longer wants to leave Old Trafford after the recent departure of Jose Mourinho.

Pogba is one of the finest midfield players in Europe and would no doubt get into most teams on the planet, so to commit to staying at United is a big boost for them after a difficult season.

Things have really picked up since Ole Gunnar Solskjaer came in as interim manager until the end of the season, with Pogba one of the squad’s most improved performers.

The 25-year-old looks a talent worth holding on to despite his inconsistencies in England up to now, so fans will be glad to see Mourinho’s exit having a positive effect.

This is a big concern for Real Madrid, however, who could really do with re-asserting themselves in the transfer market with a big-name signing like this.

Like United, Real have had a highly disappointing season by their standards and look in need of something of a revamp.