Tottenham and Real Madrid are both chasing Fenerbahce midfielder Elif Elmas, who has impressed with his displays in Turkey this season.

According to Calcio Mercato, Spurs are lining up the Macedonian starlet to replace Mousa Dembele, who has been heavily linked with a move away from north London during the January transfer window.

Calcio Mercato reports that Madrid are also firmly in the hunt to secure the 19-year-old’s signature, after watching him play in the Turkish Super League on several occasions in 2018.

Lazio are the third club heavily linked with Elmas, as he quickly emerges as one of the hottest properties in European football, having already shown maturity and quality which belies his tender age.

Tottenham are still the hunt for four major trophies this season, despite bringing in no new players during the pre-season transfer window. Elmas could be a great addition to Mauricio Pochettino’s current squad, especially as squad depth comes more into play as the campaign progresses, with fatigue and injuries more likely to set in. 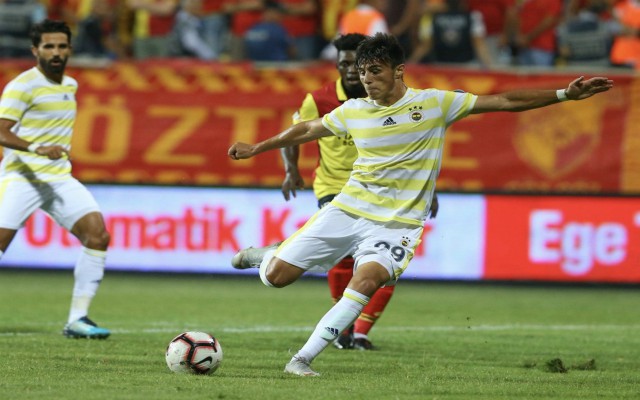 He could also fit in well at Madrid, given their well-documented troubles on the pitch this season and a lack of fluidity going forward, as they currently sit 10 points off the pace at the top of the La Liga table.

Elmas has shone in Turkey and he could develop even quicker if he were to ply his trade in a top European league, but he may have a huge decision to make if all three clubs in question launch bids.

The Fenerbahce wonderkid’s career would be best served by moving to the club which offers him the best opportunity to play regular football and given Tottenham’s thin squad, north London might be his best bet.

This story could gather pace in the coming days with three weeks of the winter market still to go and transfer speculation intensifying with each passing minute.