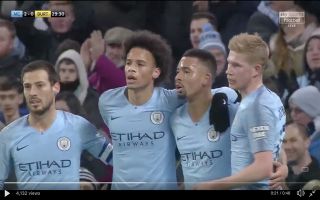 Jesus’ first came in the 29th minute after some lovely play from wing wizard Leroy Sane and pass-master Ilkay Gundogan. Sane was denied a goal by the Burton goalkeeper and Jesus somehow managed to beat four Burton defenders to the ball, and the Brazilian headed the rebound into the back of the net.

Jesus’ second came just four minutes later. Gundogan delivered a wonderful lobbed pass into the box which was effortlessly squared across to Jesus after an expert first-touch from David Silva. Jesus controlled the ball before tricking a helpless Burton defender before firing into the back of the net.

Check out a video of the goals below:

Jesus certainly showed his poacher’s instinct with his quick-fire double this evening.

Pep Guardiola’s men have dispatched League One Burton in the opening 45 minutes of their two-legged clash and they will now be looking forward to the final of the Carabao Cup, where they will contest either Chelsea or Tottenham. 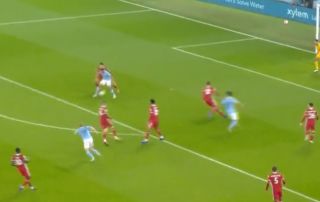 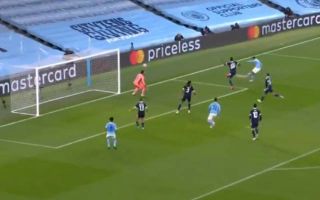