Barcelona are said to be interested in signing Manchester United youngster Josh Bohui, whose contract with the Red Devils runs out in the summer.

This is according to the Mirror, who note that the Blaugrana, and Monaco, are both keen on signing the 19-year-old, a forward whose been branded the ‘new Andy Cole’.

The Mirror’s report also states that Bohui had turned down the chance to extend his contract with United in April, rejecting a four-year offer from the Red Devils, and it seems the player is yet to agree a new deal with the club since given the fact that they report him to be out-of-contract this summer.

19-year-old is yet to make his professional debut for Man United despite performing admirably at youth level for Ole Gunnar Solskjaer’s side.

Bohui has scored a total of 15 goals and bagged eight assists in 68 appearances for the club’s youth sides, a total that’s pretty impressive when you consider Bohui has been made to play as a winger for for a fair amount of those games.

It doesn’t seem like Bohui is going to get a whole host of chances at Old Trafford given the attacking quality United already have at their disposal, something that could persuade him to leave the club and join Barcelona. 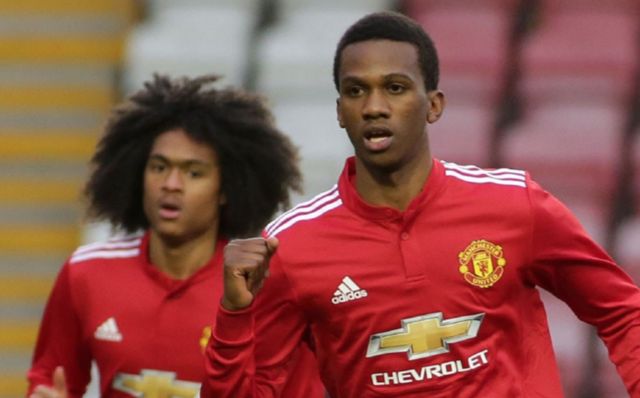 The Blaugrana have a history of giving their younger players a chance, with the opportunities handed to Xavi, Andres Iniesta, Pedro, Sergio Busquets and Lionel Messi in recent times more than proving that.

If Bohui wants to get first team minutes under his belt and increase his chance of developing as a player in the next few years, leaving United may be the best option for the 19-year-old to choose.