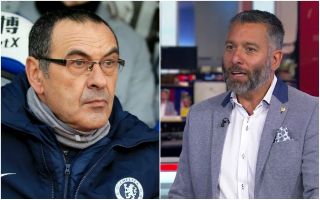 Spanish football expert Guillem Balague has provided an intriguing update on the Alvaro Morata transfer situation that will no doubt frustrate Chelsea fans.

The Blues are being linked with making some changes up front this January, with Morata’s departure likely to be key to that before they can buy a new player to bolster their attack.

The Independent are among the sources linking Morata with clubs like Sevilla, Atletico Madrid, Borussia Dortmund and AC Milan, while Gonzalo Higuain and Callum Wilson are linked as potential replacements at Stamford Bridge.

However, Balague’s latest tweet on the saga will be a bit of a worry for Chelsea supporters, as he says any prospect of Morata moving to Sevilla is now off.

CFC fans will hope they can offload the Spanish flop to another interested team this winter, but for now one of the teams most strongly linked with him seems to be out of the running.

Sevilla gives up on the possibility of Morata joining them this transfer window. The terms imposed by #chelsea make it impossible

According to Balague, this is down to Chelsea being too tough to negotiate with, which seems even more puzzling as one imagines the west London giants should be doing everything they can to get rid of the under-performing 26-year-old.